The Other America Welcome to my lived experience.

For many people (but not all), the last couple of weeks have been challenging, mentally draining, disheartening, sad and, frankly, unbelievable! People have reached the point of nausea to understand and witness inequity, lack of justice, and downright disrespect directed at African Americans in the United States of America! Or should I say, Disunited States of America!

My heart goes out to those people; however, I must admit that I’m glad they are feeling this way. I wish more did! My initial response is welcome. Welcome to my America! Welcome to the America that is using brothers like me for target practice. I am pleased that you are meeting my Hyde because my entire life you have insisted only Dr. Jekyll exists; perhaps you believed I just had an active imagination? Anyhow, I won’t say I told you so, I’m hopeful you will now help me achieve the experiences that your privilege allows you to take for granted.

My dear friends, what you have experienced for moments over the last few weeks, Black people endure their entire lives. Here is a little insight of the lived experience of a Black person: Constant fear that we, especially Black men, will lose our lives or our freedom; the worry about our children making it home safely; constant reminders that we are genuinely not full citizens; the blatant disregard for our value and humanity; the life preparation we have to teach our young Black and Brown youth about how to exist with these stressors and how they impact us mentally, physically, and emotionally each day. The talks I have with my own son about these issues are equally stressful and mentally draining. Again, these moments (for you) have been tough; however, you have the luxury of turning off the television or choosing not to talk about such things for a while. I have never been able to put these burdens down, and I’ve carried them as long as I can remember. These burdens feel entrenched in my very DNA. These burdens are in addition to the regular stressors that life brings, like work, paying bills, caring for family, being a productive pro-social servant leader, etc.

Now there are also people who believe the brief insight into the lived experience of being Black in America is fictional or, if real, has no relevance because they weren’t in Virginia in 1619 when the first ship of my enslaved ancestors arrived. These are some of the same people who believe the current acts of protest are too much! They are saying, “We are better than this” “We need to be civilized and talk through challenges,” and “These actions don’t solve anything!” When I hear these types of statements, I immediately think of the hypocrisy within our society. Suddenly, society is appalled because a group of people aren’t living up the expectations it has set for us all? Four police can take a life, but Target’s appliances being looted is what fires people up? The concern shouldn’t be why Target, it should be what has caused a deviation from the societal expectations? Could it be because those entrusted to uphold the expectations decided they were exempt? The wrong questions continue to be asked, and I am left to ponder whether ignorance is bliss, privilege is being flexed, or is supremacy working overtime?

Cities across America are burning! In the book David and Goliath Malcolm Gladwell discusses the principle of legitimacy, it states when people in authority want other people to behave, it matters first and foremost how they behave.  Gladwell goes on to say, “Legitimacy is based on three things. First of all, the people who are asked to obey authority have to feel like they have a voice–that if they speak up, they will be heard. Second, the law has to be predictable. There has to be a reasonable expectation that the rules tomorrow are going to be roughly the same as the rules today. And third, the authority has to be fair. It can’t treat one group differently from another.”

When I reflect on this I am not surprised to see cities in chaos!  People can only take so much and be misled for so long!  What we are seeing is Black Americans and accomplices saying their principles have been made null and void because those in power have consistently not honored the principles set by those in power. PLEASE NOTE…This isn’t just recent events. This is the culmination of over 400 years of betrayal and hypocrisy. Finally, “Enough is Enough!” Let’s briefly explore this; consider the following:

This timeline is just the Black experience through 1900. I could go on and on because the abuse has never stopped. Racism has never ended. The systems have never stopped oppressing. There is so much more, but I share these final facts that contributed to the foundation of current day Black trauma:

All of this happened well before the contemporary murders of Black people at the hand of police and weaponized Whiteness as a tool against Black men by the Amy Coopers of the world. Considering the partial timeline I shared, “Are America’s principle legitimate?” Are we actually criticizing three days of intense protesting people?! Honestly, are we surprised that buildings are burning?!

Everything above and more is what Black people in America carry daily. These incidents gave birth to our fear and fuel our deep trauma, hurt, and PTSD. The reality is we have been crying out since 1619, passing legislation since 1865, watching the system fail us since 1641. So what people DO NOT WANT TO HEAR is that we can be better. We have been better, despite so much. People don’t want to hear chill out and be quiet, tried that, and 3,000 people were hanged.

When I see the National Guard mobilized, I think of January 8-10, 1811, when United States troops were sent to suppress an uprising of enslaved people.

Friends we have an authenticity problem, an action problem, an accountability problem, a systems problem, a people problem, and a gross leadership deficit. We have to be honest about the Sins of America, racism being one of the biggest. We have to purposefully implement laws and issue real apologies for the times the Supreme Court has failed us in order to build trust. No one wants to participate in a rigged process. Who openly plays a game they know they can’t win?  It is no secret we know the system was created to exclude. The system’s supremacist design has to be recognized, and an extreme do-over is in order. Yes, a do-over, not a fix. The entire system has to be overhauled, not just pieces of it. It will not be enough just to change aspects of policing. We can start there, but that’s just one piece of the larger puzzle.

People have to stop giving in to the bystander effect. At this point, silence is essentially worse than racism. People with privilege: White People, Affluent people, Influencers, Educated people, White people, White People, one more time White people all have to acknowledge America’s sins, embrace the history, and stop the harmful impact of isms. We have to hold people accountable and call them on their racist and supremacist actions. The rest of us must shun those who subscribe to any and all forms of racism and supremacy. Their actions can no longer be tolerated. They must be held accountable for the pain, suffering, and inequity they cause.

Leadership in motion must be the new normal. Unapologetic and intentional leadership for what is right has to be championed and embraced. We must, as a nation, sit in the filth of our sins and wash them away. We could actually then move forward and America could finally be great for the first time!

Ponder this. Do you think people want to risk their lives in the middle of an active pandemic to protest? The answer is a resounding “no.” So if that’s the answer, the question must be, “Why are they doing this”? The question is not “Can we be better”? What is the WHY of the people? The answer is simple, and we learned it in kindergarten. It’s the Golden Rule: Treat others the way you want to be treated. In other words, Justice. The police have to be held accountable, including those who have sat by and watched for too long. They are in a position of power and must be held to higher standards with consequences that parallel. The four murderers of George Floyd need all to be charged appropriately and immediately. The work doesn’t stop here. Colorado has our own challenges to address and so does the United States. Everything we are witnessing was set in motion on August 20, 1619, when 20 enslaved Africans arrived in Jamestown, VA.

The violence we have witnessed, the pain people are sharing, and the uncomfortable feeling of it all is what we must address. We will get a little closer when everyone realizes that All Lives will never matter until Black Lives finally do! 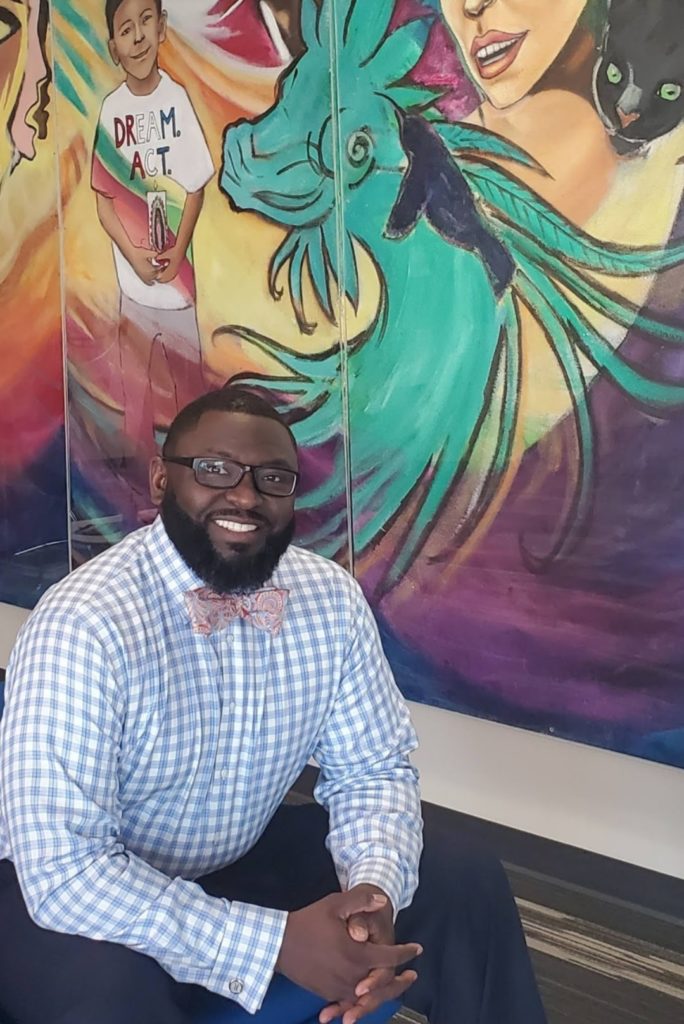