Time. It is a precious and magical thing. I know people speak of the Seven Wonders of the World, but it is genuinely mind-boggling why time is not one of them. I mean, the power of time is remarkable, and the impact, of just an instant can change someone’s life or lived experience forever; isn’t that wondrous? Have you ever had a moment, that when measured realistically, is less than a blip in your day but has impacted you in ways you will never forget or have altered forever the way you do things? I have been thinking of a series of interactions that average out to be less than 6 minutes but will impact me for more than sixty years!

I remember the moments like they happened this morning. My kids had a fantastic opportunity to meet and open an event with the Pledge of Allegiance for then-Senator Kamala Harris. I had the pleasure of visiting with her later that evening at a fundraiser. These brief moments took me on a journey of thought and reflection; it was a lifetime in minutes. 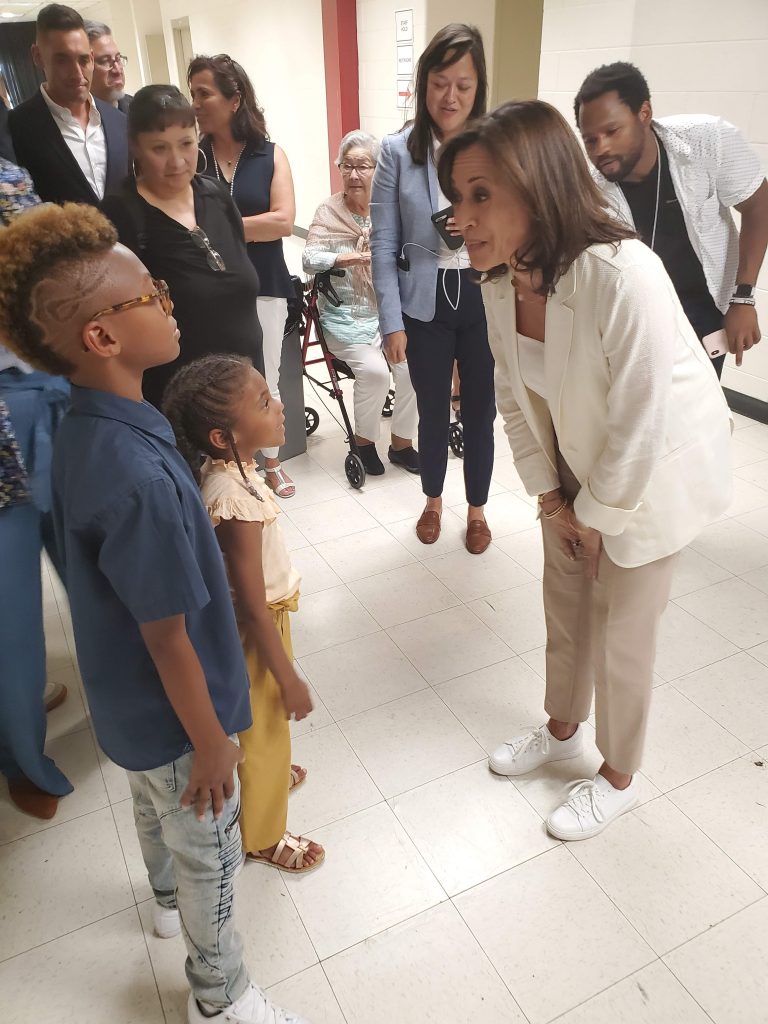 Senator Kamala Harris was having a conversation with my children. It was an authentic and intentional expression of thanks and empowerment. In that moment, I knew she could make history. However, after what I witnessed next, I knew she would! My daughter knows the rules about people we don’t know, no matter the situation, “Stranger Danger.” Still, it didn’t matter; I watched her eyes fill with joy, and her anxious energy burst into a hug with the senator that radiated joy, thankfulness, and inspiration. It was such a powerful transference of Black Girl Magic that the entire room paused and honored the moment. Watching the interaction involving my daughter was everything! The magic was real, and within that moment, I went on the journey of a lifetime.

In that embrace, I saw part of the experience of Black folks in America. I saw a people stripped of dignity and counted as 3/5ths of a person. I saw people forced to build the infrastructure of a country that never repaid the debt and field workers’ raw and bloody hands. Families were stripped apart, and I saw the beginning of 400 plus years of disrespect to Black women.

However, I also saw heads bloodied but unbowed, and a people who represent the epitome of resilience, strength, and courage. A silent agreement of we got this and a mindset of this country is ours too emerged. We are a people who would rise from picking cotton to picking the people’s President and putting the first woman and African American in the Vice President position.  Since 1789 we have had 48 White male Vice Presidents; clearly, we aren’t the free and progressive a nation we promote.

Within this embrace, I saw the importance of Harriet’s journeys up and down the Underground Railroad, the birth of HBCU’s, Rosa Parks refusing to stand, Ruby Jackson’s walk into desegregation, and Shirley Chisolm’s run for President. I see Black women changing the outcomes of elections. In real time, I’m watching Kamala Harris show my daughter that being President of the United States is not out of her realm of possibility! I saw Black people’s inherent strength and the magic of seeing ourselves in positions of power, purpose, and priority. It was but a moment, but I saw a lifetime. 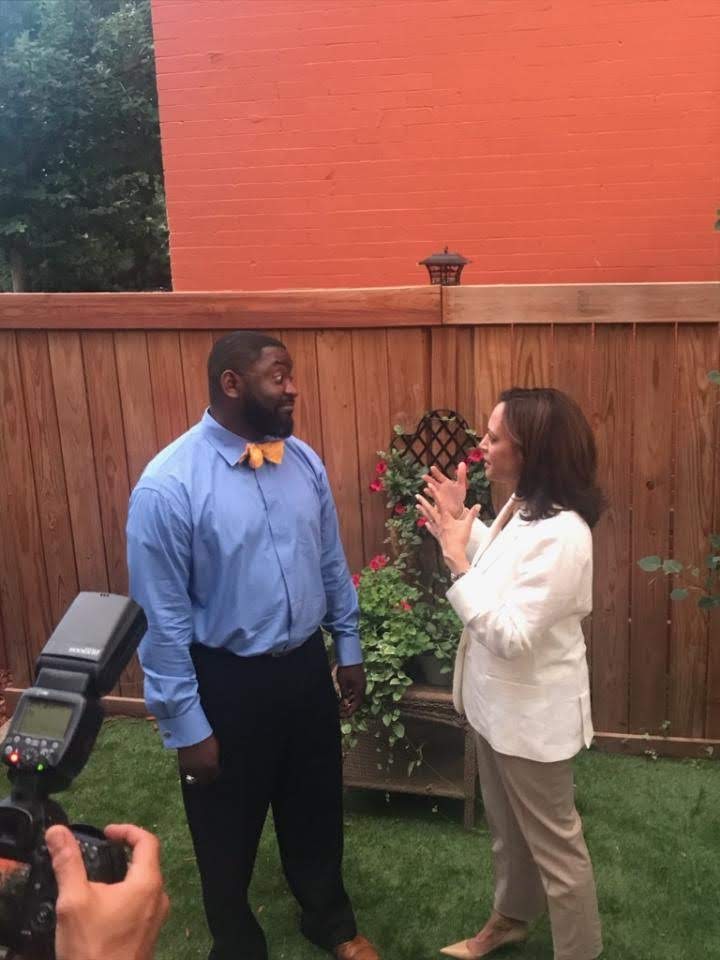 In this brief moment, I knew this election would be different, that we would turn out like never before and use the collective power of our voices. The words Senator Harris shared reinforced the messages my children hear daily; that they are leaders, the critical component of our future, and most importantly, they were worth fighting for no matter the cost.

The brief conversation Senator Harris and I shared about what America is supposed to be and must become for Black folks was insightful. Like the embrace, the talks were but a moment, but I again traveled the journey of a lifetime. I saw a pathway back to excellence in leadership, diplomacy, and decency. I had a vivid 1080HD picture of my children’s adult life. A son and daughter whose America is much different than their grandparents or mine. An America where Dr. King’s dream is actualized. An anti-racist America where racial abuse disguised as bias and micro-aggressions is eradicated. The root cause of systematic isms is dealt with versus merely the perpetrators of racist actions.

I saw an America where there were no attempts to assassinate the excellence of my Black children. An environment where thriving and equity is the norm. My son wasn’t thinking, dear police please don’t shoot me down, listen white people I’m not going to hurt you, or White women, please don’t call the police on me for breathing! Instead, he was living his dream of building the cities of the future as an engineer. My beautiful Black daughter wasn’t fighting for the right to be seen or heard. She wasn’t experiencing discrimination based on her hair or receiving 3-5 times less in salary than her white male counterparts while carrying the same responsibilities. Nope, she is a boss in every aspect, a CEO leading with substance, savvy, and style. She leads the way with an unmatched work ethic, intellect, creativity, and emotional intelligence because it’s who she is, not because she has to do that much more to matter or be acknowledged.

From these brief interactions, I realize the importance of the moments to come. The “great” America we have written on paper and boast to other countries can be attained. Senator Kamala Harris’s presence at that moment meant the future I saw is a possibility. Vice President-Elect Kamala Harris’s current status means we can make this future a reality. America can truly be great for the first time.

America won’t become great simply because the Biden / Harris ticket was successful. The real work starts now. Our collective use of our voice was the first step. This historical moment has to be followed by unapologetic radical actions of decency, equity, and justice to ensure that everyone thrives. The country spoke, and we accomplished what many deemed impossible – putting a Black woman on a pathway to the United States’ Presidency. We now have to continue the work. We have to rethink our approach and be intentional about an equitable economy, healthcare system, an educational system that doesn’t support misogyny, half-truths, and achievement gaps. We have to reevaluate and restructure our justice system and attack systematic racism head-on despite the fragility or privilege of those who believe America’s meritocracy is real.

There is work to be done. It’s time to manifest and materialize for everyone the America that creates liberty and justice for all. 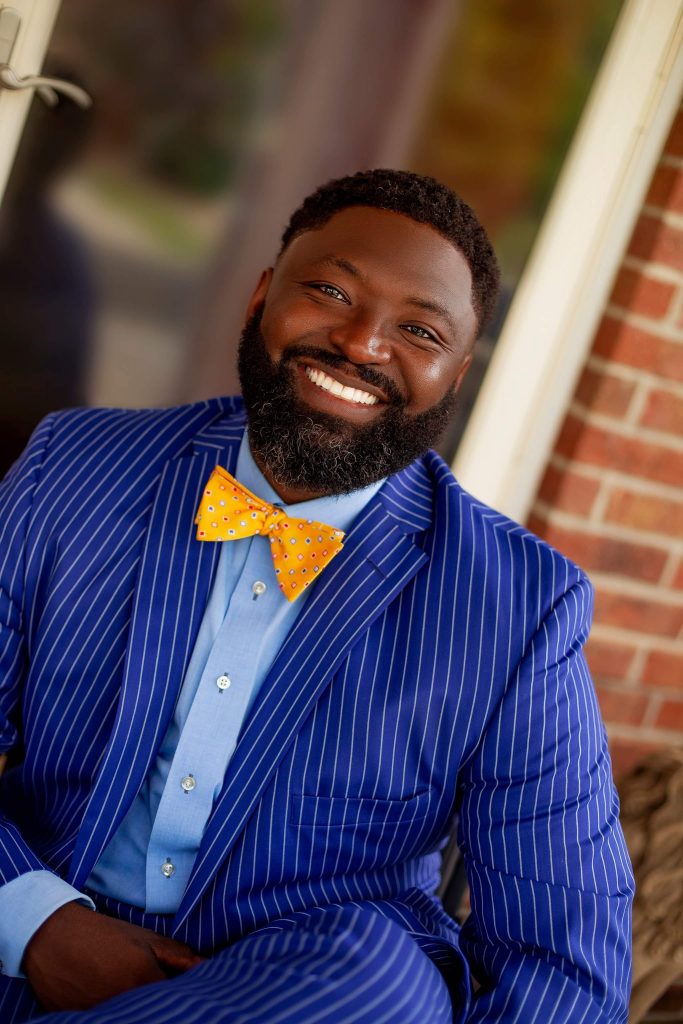